Turning and turning in the widening gyre
The falcon cannot hear the falconer;
Things fall apart; the centre cannot hold;
Mere anarchy is loosed upon the world,
The blood-dimmed tide is loosed, and everywhere
The ceremony of innocence is drowned;
The best lack all conviction, while the worst
Are full of passionate intensity.
Surely some revelation is at hand;
Surely the Second Coming is at hand.

The Second Coming! Hardly are those words out
When a vast image out of Spiritus Mundi
Troubles my sight: somewhere in sands of the desert
A shape with lion body and the head of a man,
A gaze blank and pitiless as the sun,
Is moving its slow thighs, while all about it
Reel shadows of the indignant desert birds.
The darkness drops again; but now I know
That twenty centuries of stony sleep
Were vexed to nightmare by a rocking cradle,
And what rough beast, its hour come round at last,
Slouches towards Bethlehem to be born?

S1 … not a very cheerful viewing of a world in change! … in chaotic change … I guess the virus and the rising of social networking has challenged the establishment in all its inadequacies … so those of a depressive pessimistic nature might say we are all doomed!

S2 … well, here we have the reason for the doom … the second coming (written in 2019) … different from the first … the beast is arising out of the desert like a great ancient Egyptian monument coming to life … and the dark side of humanity dominates … personified in the waking of an ancient relic … its hour come round at last.

Of course I don’t believe that we are all doomed and that our darker side will take control and chaos will reign supreme. Incidentally, it all started with chaos according to the Greeks … so it would be complete full circle … and back to step one 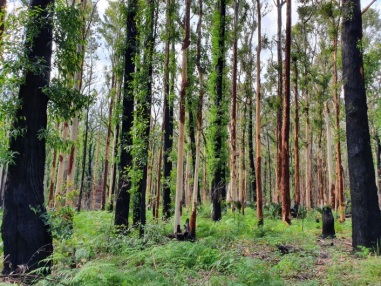 W. B. Yeats on Wikipedia